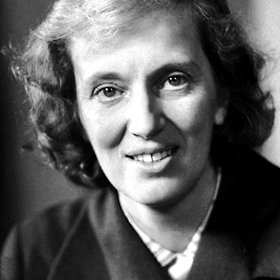 Dorothy Hodgkin was a pioneer in the field of X-ray crystallography study of biomolecules. Studying biomolecules in this way became an essential tool in structural biology. One of her most influential discoveries was the confirmation of the structure of penicillin as previously surmised by Edward Abraham and Ernst Boris Chain. She also discovered the structure of vitamin B12, for which she became the third woman (and only British woman) to win the Nobel Prize in Chemistry.