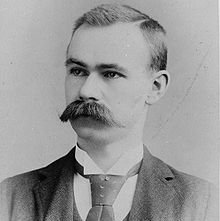 An inventor from the USA Hollerith is regarded as one of the leading figures in the design and development of processing data. His most significant work was the development of an electromechanical punched card tabulator to assist in summarising information and, later, accounting.

The company he initially founded amalgamated and later became the Computing-Tabulating-Recording Company. In 1924 this company was rechristened IBM.