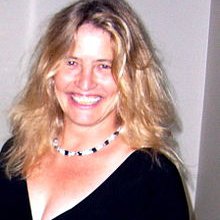 Freese was the first to propose ways to discover dark matter. She has done work on the beginnings of the universe and contributed greatly to research on dark matter and dark energy.

Most recently she proposed the existence of a new type of star called a 'dark star' which is formed by dark matter annihilation rather than by fusion. She�s the Director of Nordita, an institute for theoretical physics in Stockholm.