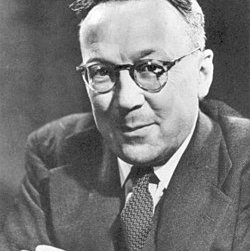 Watt began his career with a job at the Met Office. He started using the radio signals given off by lightning to track thunderstorms.

This led to the 1920s development of a system later known as huff-duff. There was huge military potential for this development which was not developed on until the late 1930s. It is predicted that Huff-duff's ability to source the location of an enemy radio meant it was used in a quater of all the U-boat attacks in the Second World War.